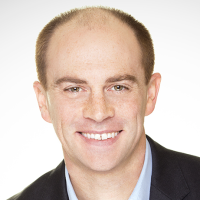 This user has not added any information to their profile yet.

A San Joaquin Valley native, Elliott Balch is a community builder and problem solver with a passion for community and economic development. Since late 2016 he has served as Chief Operating Officer at the Central Valley Community Foundation, where he supports the Foundation's programmatic growth, new investment practices, and staff talent recruitment.

As the City of Fresno's Downtown Revitalization Manager from 2009 to 2014, Elliott played a lead role in securing funding for the Fulton Street reconstruction project, creating a property assessment district, drafting an adopted land use plan and development code, and working with real estate developers. During short transitional periods he also served simultaneously as Interim Executive Director of the Downtown Fresno Partnership, and as the City's Interim Government Affairs Manager.

Prior to joining the City, Elliott held staff positions in the Fresno and Sacramento offices of California Assembly Member Juan Arambula. Elliott is fluent in Spanish, holds a master's degree in public policy from the University of Chicago, and received his bachelor's in physics from Harvard College.