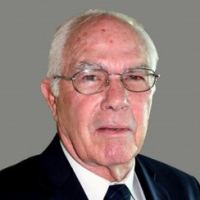 This user has not added any information to their profile yet.

John
Salmonson
Business Mentor
John has spent his life in agriculture. Raised on a family farm in northern California...

John has spent his life in agriculture. Raised on a family farm in northern California, John went on to Cal Poly SLO to achieve a degree in Agronomy. In 1975, he acquired Monterey AgResources which he built into a multi-million company and sold to Brandt Consolidated in 2010. Salmonson continued to operate as President/CEO of Brandt Monterey during several years of transition and still operates as a consultant. He has in depth experience in the agricultural fertilizer industry and has served on many association and advisory boards. In 2009, John received a lifetime achievement award from Western Plant Health Association after serving as chair for nearly a decade. He previously chaired AB 856 committee overseeing policy recommendations on organic fertilizer regulations. He currently serves on the Cal Poly SLO Foundation Board and mentoring students at the Cal Poly Center for Innovation and Entrepreneurship.